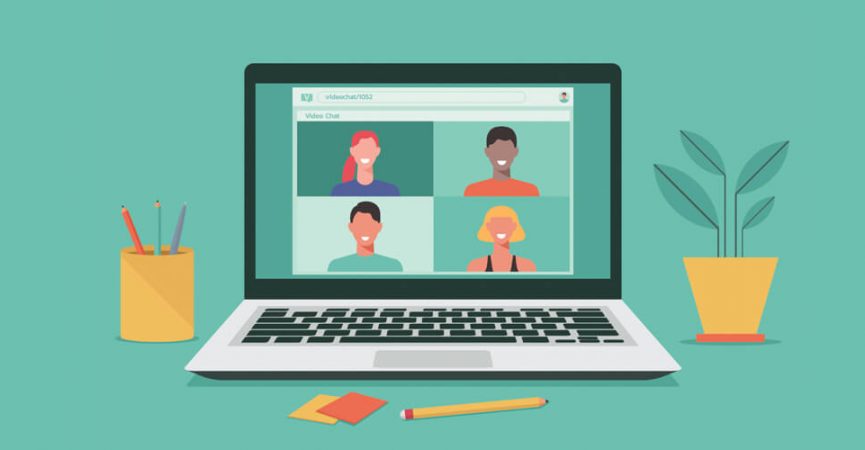 Starting a new job at the best of times can be nerve-racking. Starting a new job during a global pandemic on the first week the country is put into full lockdown is on another level. I started my new role on the 23rd March – the same day we were all told to stay home for the foreseeable future.

To say I was nervous would have been an understatement. How was I going to get to know my team and all my colleagues? Could I learn everything I needed to, to get to grips with the role and do the job well? I was new to full time remote working and in all honesty it’s probably something I never would have signed up for voluntarily! Well, it’s been 3 months now and I’ve been pleasantly surprised…

Getting to know my team and colleagues

This was big for me. I like getting to know the people I work with. I want them to get to know me. It fosters a better working relationship. So I wanted to make sure all my communications weren’t just all these formal work related chats without getting to know anyone on a social level – don’t get me wrong, work related chats were still needed, I couldn’t do my job otherwise!

When having intro catch ups with the guys in my team, I found myself having mini retrospectives with them. What do you love about the team? What don’t you think is working that well? What improvements would you like to see? It was great for getting to know what they thought of the current state of the team and more importantly where they thought I needed to focus my attention first. Obviously some were more vocal than others, but I wouldn’t have expected any less!

Most of these catch ups were video calls and sometimes it pays to be observant – I mean you wouldn’t usually have a window into someone’s world when you meet them for the first time. Noticed that nice Batman picture on the wall behind them? This guy likes superheroes – there’s my in – and suddenly we’re not talking about work anymore. Yes, Zoom backgrounds are a hindrance to this – but again there’s a reason that person you’re talking to has picked that background. What is it? And suddenly you’re away.

My fears were allayed – if anything this is easier than if I’d met people in person in the office!

The one thing that’s been very important to me over the years though, is having socials with my team and getting to know them outside work. Well, Coronavirus had right royally screwed that up. I couldn’t exactly organise a team trip to the pub now, could I?

The next best thing I could do – as I’m sure a lot of people have been doing during lockdown – virtual coffees. However, I didn’t just want to setup a Zoom meeting and expect people to try and find stuff to talk about – would have felt a bit forced. So I tried to think of a different fun ‘get to know you’ activity every time. This proved very successful and you can find some of the activities I’ve done with them here.

The other thing that has surprised me is having drinks over Zoom on a Friday afternoon. I mean I’d rather be in a pub, but hey we still all have a laugh.

Where do you want me?

One of the things I found when joining my new team was that they had largely been getting on with things and so when I came in I found it hard trying to find my place – especially when you’re not in constant view of the team. It’s easy for them to forget you’re even there! What did they need or expect from me and how could I add value from home, but also make sure I’m not constantly in their face just to make myself visible? The truth is I don’t think they really knew what they wanted or expected of me, whether I was remote or not, and making sure I was constantly visible needn’t be an issue as long as I started helping in the right ways. Essentially, I was probably overthinking it.

Regardless if I was remote or not, I would always spend time observing the team first. I would never go in from day dot and start changing things. It’s good to see what they’re doing well and what things don’t quite feel right. Essentially once I felt I’d seen enough – I just needed to start doing stuff that I thought would help. It’s easy to forget the fundamentals are still valid, it’s just that a little more thought is required on how to do those things from home.

Workshops? Remotely? Sure I can do that 😳

I used to help facilitate workshops at my last company, but I was always in a big meeting room with lots of equipment to hand and more importantly – people right in front of me.

One of the benefits of being in a meeting room with a large group, is that you can split them off into smaller groups to get them all involved. I love doing this because you always have the louder and quieter voices. In large group conversations, the quiet ones will rarely speak up. So I like to give them that space to share their thoughts. It’s also nice to then walk round the room and listen to those conversations.

Thanks to the advice of my fellow delivery manager colleagues I was introduced to Zoom Breakout Rooms. Game changer. Splitting people up into breakout rooms is great, as I can hop from room to room and do exactly what I would do normally. If anything it makes it easier when I need to get everyone’s attention. I was never the best at getting everyone’s attention when they’re mid-activity, but now I could just close their rooms and bring them back. Power!

What about my post-its? 😟

I do love a Sharpie and a post-it – what Scrum Master doesn’t. So when I was told about Google Jamboard I was impressed. Obviously there’s a few different remote board tools, but what I like about Jamboard is its simplicity. It literally is a whiteboard with pens & post-its. It doesn’t need an explanation on how to use it to the group as it’s pretty straightforward.

How do I know if I’m doing a good job?

Working at home can be lonely at times and sometimes all you’re left with is your own thoughts in terms of how things are going. However, as you would have seen in my last post I try not to let my thoughts run away from me, especially if they’re not validated. It’s important to ask for feedback most of the time. However when you’re new to things, working from home all the time and a few months into the job, I would almost say it’s necessary to ask for feedback – especially from the people you’re working with. They’ll be the ones who would have seen you at work and, if you’ve delivered your aims well, will know what you’re trying to achieve.

Now you probably won’t get responses from everyone, but sometimes 1 or 2 is enough, just to know you’re on the right track. That’s all I got when I first asked. I encouraged constructive criticism, as I wanted to ensure I was helping and wanted to know where to improve if I wasn’t. The responses I got were enough to ensure I was doing the right things and I just needed to continue doing what I was doing.

Who’s that over there?

Something I’m still finding even after 3 months, is having confidence that people know who I am outside of my team and my delivery colleagues. After a while the introduction calls with people slow down and you’re in the flow of work. The people you work with closely have got used to you being around and so they’re now assuming you know everyone. Before you know it, you realise you’re still in meetings with people you don’t know who you probably should and who probably still don’t know you!

A screen can only show so many people at once, but in a meeting in the office you can see everyone including those unfamiliar faces. That makes it a whole lot easier to notice them and if need be introduce yourself.

Right now there’s a lot of effort involved to make sure people know who I am. There’s an element of self showcasing required as well to get your name out there and get people to start realising who you are and what you do. I mean, that’s the case even if I wasn’t remote, but at least in the office people would notice a newer face – but here I am in my room at home with no one able to see me!

In my eagerness to impress and ensure the choice to hire me was the right one, I quickly noticed that in my first few weeks in the job I was working a lot harder with very little breaks. All the different calls, all the new stuff you have to learn, people finding any gap in your calendar and the Slack messages that get sent after you’ve finished for the day that you now feel obliged to reply to because you don’t want to look bad. It can become a bit much.

Luckily the company I’ve joined have stressed from the start the importance of breaks and to encourage your teams to do so as well. So quite early on I made sure to block book my lunch hour out so no one could sneak a meeting in. Now it doesn’t always work, but most of the time it does and it forces me to get out of my office.

Quiet days have also been a boost. On those days when I’ve been lucky enough not to have too many meetings, I plug in to my music and try to tick things off my to do list. It feels great when you can do this and can be somewhat of an energiser. It’s also good just to reflect and digest all the new information you’ve had to take in.

I would say overall my experience, 3 months into the new job remotely, has been successful. I had a 3 month progress review the other day that I had to prep for, and just writing down what I had done so far was extremely eye opening. It’s easy to forget when time’s flying by how much you’re actually achieving. Also, when you get told it feels like you’ve been here longer than 3 months – it’s nice to hear as you feel you’ve made an impression. I think the people I work with have made things easier for me as well. If they weren’t up for the virtual coffees or chats or just rejected any of my suggestions – I think this could have been a very different tale.

So…marks out 10? A solid 8 with room for improvement. It may not seem like it from reading this, but I do still miss the office – even though I haven’t seen it yet – because I miss being in amongst the team, having over the desk conversations that make learning the ropes a lot easier and just having a different environment to work in. However, if this is the new norm – I don’t think I’ve done too bad!